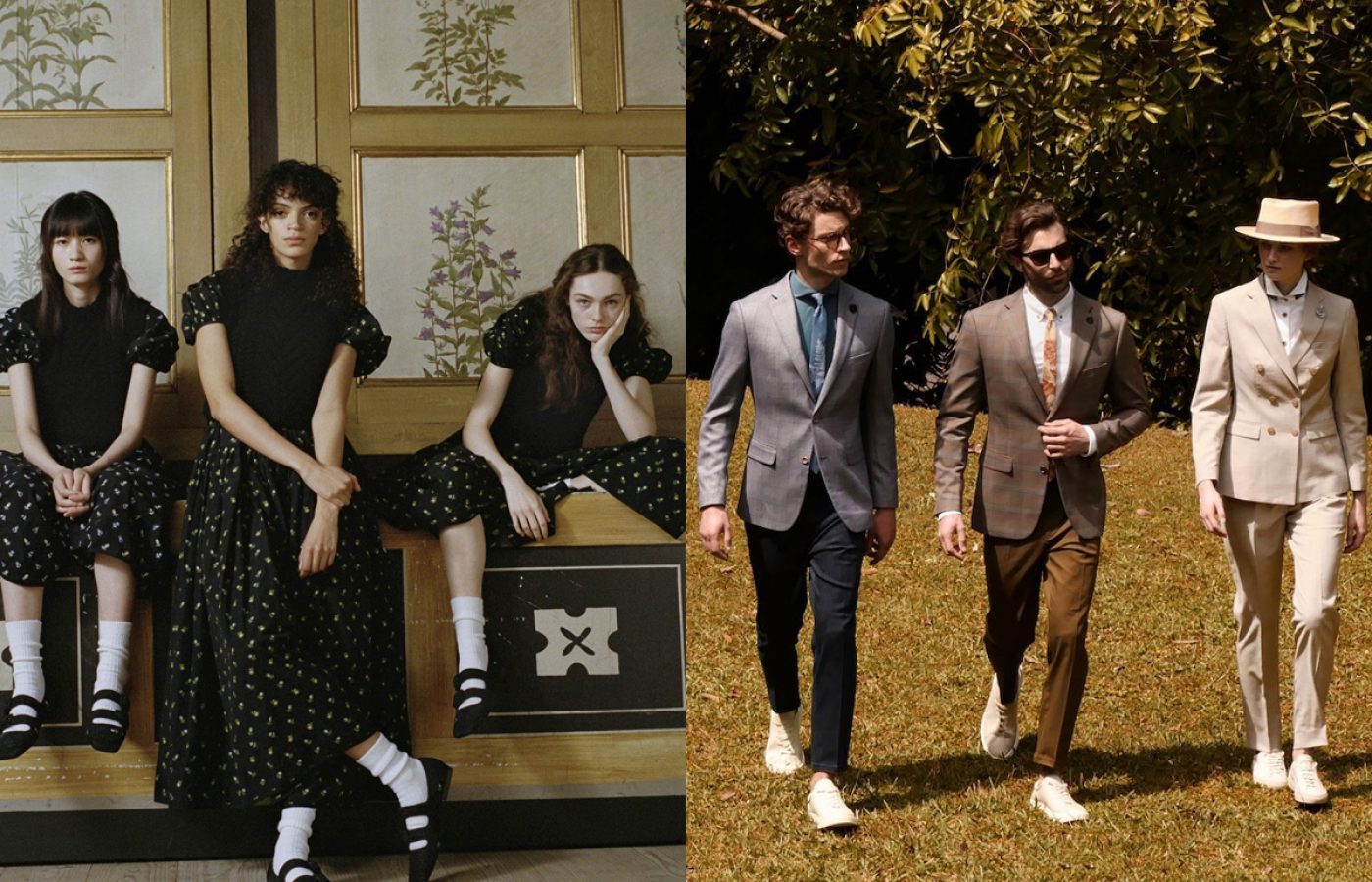 Since its humble beginning as a textile and apparel manufacturing hub four decades ago, Singapore has transformed into one of the most respected fashionable cities sprawling with RTW, luxury, and couture designers.

While we have numerous homegrown brands, a few names have bolted their games up a notch, making waves outside the country. Some are even venturing beyond Southeast Asia and bringing the admirable Singaporean fashion to the world.

Here are the top three proudly Singaporean fashion labels that have brought our country into the international area.

Perhaps the most easily recognisable brand from Singapore, Charles & Keith is a fast-fashion footwear retailer founded by the Wong brothers named, you guessed it right, Charles and Keith.

Before opening their own store under the brand name in 1996, the siblings trained in their parents’ shoe store and decided it was time for them to reinvent themselves by shifting from the wholesale supply model to actually designing their own footwear. Two years later, they started to expand internationally through their flagship store in Indonesia. Today, they have more than 600 stores scattered across 27 countries in Asia, Europe, the USA, and the Middle East.

What further propelled Charles and Keith’s global popularity was its USD 23.5-million deal with Louis Vuitton Moet Hennessy (LVMH) in 2011, giving the latter 20 percent stake of the company. LVMH, who also owns luxury labels such as Dior, Givenchy, and Marc Jacobs, was elemental in helping Charles and Keith expand their operations in the US, Europe, and China.

From first designing a pair of shoes based on a customer’s feedback in 1996 to dominating the fast-moving fashion industry for men and women and partnering with reputable organisations like the United Nations Entity for Gender Equality (UNWOMEN), Breast Cancer Foundation, and World Wide Fund for Nature (WWF), it looks like Charles & Keith is here to stay for the long haul.

Starting Benjamin Barker was a leap of faith for Founder Nelson Yap. Armed with a degree in cinematography and film production from the University of Melbourne, Nelson had his future set for the advertising or film industry. But circumstances had forced him to abandon his dreams.

When his dad was diagnosed with cancer, he had no choice but go back to Singapore and manage their menswear business that was buried heavily in debt at that time. Years later, he found himself building Benjamin Barker, which was inspired by the character in the Bible. His mother remortgaged their home and obtained a $100,000 loan that they used to launch his brand which was aimed to offer quality, classic yet reasonably priced menswear. In an interview with Strait Times, Mr. Yap said, “I wanted to fill the gap, to provide quality, stylish clothing for the local physique without having customers pay a designer brand’s price tag.”

Nelson might have started during an economic crisis but this opened various opportunities to him that allowed him to open 10 stores in Singapore, including two in the posh suburbs of Tampines and Jurong East.

Because of Benjamin Barker’s signature vintage yet classic take on apparel, Asian communities in Melbourne have noticed the brand. The label has then expanded outside Singapore and now has stores in Australia and Cambodia. Aside from that, its collections are displayed in high-end shopping centres in Kuala Lumpur and Los Angeles.

Established in Singapore almost 30 years ago, Osmose is one of the most popular, fashion-forward apparel retailers in the country today. Compared to other brands, Osmose has their own manufacturing space and factories, which allow them to pick up on the latest styles and sell the trendiest pieces in their stores while the hype is up.

It is no doubt the Osmose’s game is strong in Singapore and now they are starting to penetrate Web-based marketplaces like Zalora, on top of running their own ecommerce website. By maintaining a well-established presence online, the brand was able to expand their reach globally, including the US and Europe.

As for their next plans, Director Dickson Disheng Puah said “Our plan for the retail space is adventurous as we have ventured to Cambodia and we’re also in talks with different regions. Our aim is to set up bigger stores in the future to accommodate all of our SKUS.”

Today, Osmose has 7 retail shops spread across Singapore and 2 stores in Cambodia.

Please confirm you want to block this member.

You will no longer be able to:

Please note: This action will also remove this member from your connections and send a report to the site admin. Please allow a few minutes for this process to complete.

You have already reported this
Clear Clear All